With more than 113,000 employees worldwide, BASF SE has been present as a market leader on the chemicals market for more than 150 years.

With 30,000 employees, Ludwigshafen is both the BASF Group’s largest location and its headquarters. Every year, over 100,000 calls and 1,300 notifications are recorded there from emergency drills, information reports and incidents, all of which need to be coordinated. BASF pursues the idea of Europe-wide networking.

The European SPIDER project was created in order to do justice to this idea. “SPIDER” is the acronym used for the BASF control center network. The objective of the project is to exploit the synergy potential of all BASF control centers to the full. Ultimately, this means a streamlined and efficient unification of the different processes in the four areas of fire services, plant security, environmental monitoring and rescue services at the locations Ludwigshafen, Antwerp, Münster and Schwarzheide.
Networking across locations allows control centers to substitute for one another, even across borders. To achieve this, the locations were added to the networked group. Once the central platform in which all data is merged had been integrated into the group network, the individual locations followed.

The networked, cross-plant IP technology solution was implemented within the framework of the overall project and networked group concept. This solution consisted of the integrated software platform of our Command and Control System and our central communication technology. After SPIDER had connected all locations into the network, the networked group functions of the hazard-prevention units and support operations went live. Integrating all information into a common database also meant an optimization of best-practice methods and the sharing existing resources for the first time.

The Antwerp location deserves a special mention here, since this was the first time that all eurofunk products were in operation using the Flemish-language. Another item worth mentioning is the central warning system module, developed especially for BASF, which was integrated into the Incident Management and Management Software. This system uses a complex calculation method, influenced by environmental factors, to inform plants at the site about various events. Such events could include plant incidents, product spillages or even just bus delays. Notifications can be received via fax, printer, telephone alert or on a digital terminal at the plants themselves.

The European SPIDER project is a landmark development for the company and lives on within the framework of the life cycle. 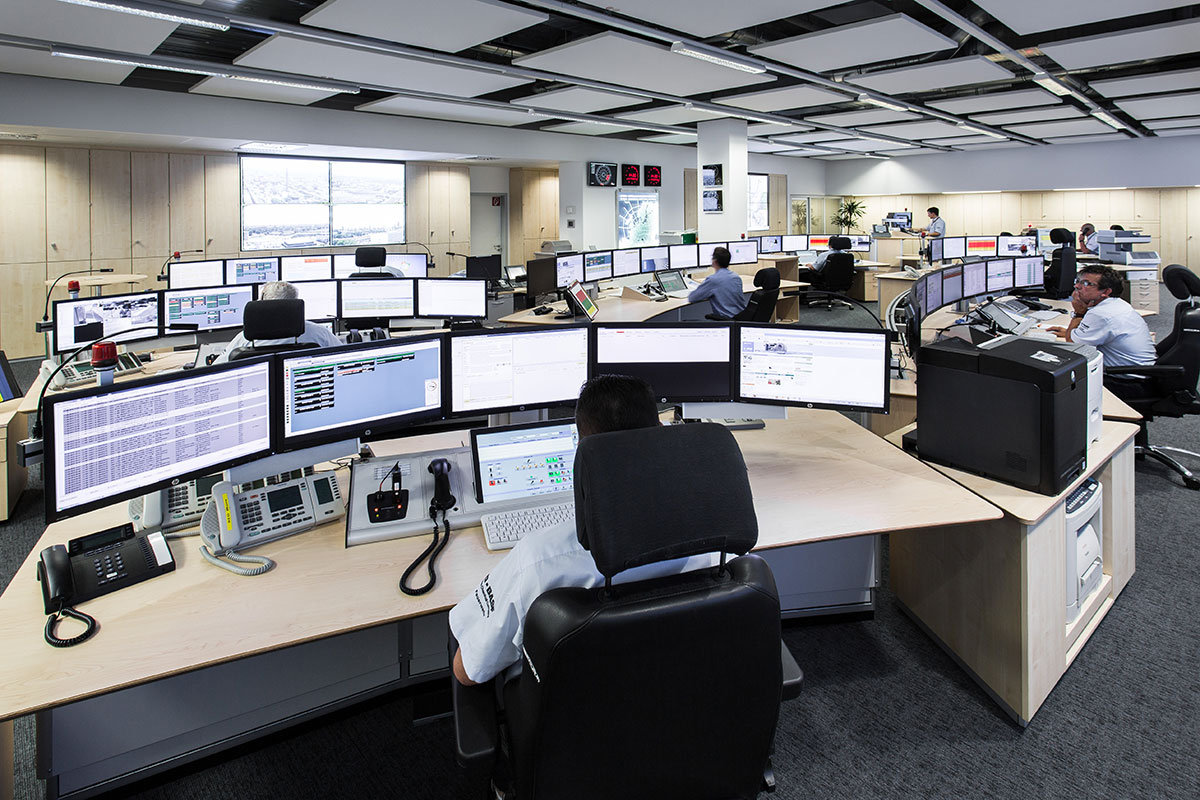